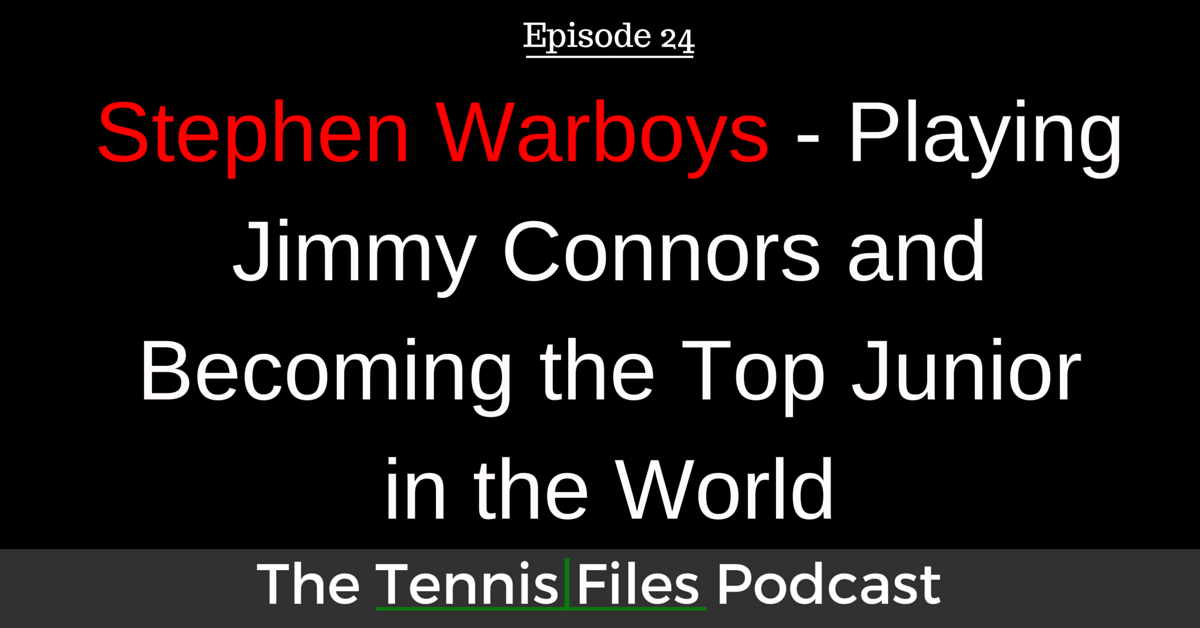 My guest on today’s show is Stephen Warboys. Stephen became the #1 Junior player in the world and peaked at #73 on the ATP Tour. Throughout his career, Stephen has gone head-to-head against some of the biggest legends to ever play the game, including Jimmy Connors, Guillermo Vilas, Bjorn Borg, and Ilie Nastase.

Stephen is currently a Head Tennis Professional at the Toronto Cricket Skating and Curling Club. He took the job after his professional career and has been there since 1986. Stephen retired at the age of 22 after turning pro when he was 16. Despite what many consider to be a short career, Stephen consistently competed at the highest level of the game against hall of fame players. He also reached the Junior Wimbledon final and the top of the junior ranks in 1971.  Stephen was born in Essex (UK) and currently resides in Toronto.

I first heard about Stephen when listening to him commentate on TSN’s International Sports Report radio show. Stephen’s expertise is a great asset to the show, and once I heard him speak I knew he’d be a great guest. I had a fantastic time interviewing Stephen, and enjoyed hearing his insights on the game when he was on tour, what he thinks of the game now, and his amazing experience against the greatest players of all time.

On this episode, you will learn

I really appreciate you tuning in to this episode, and I know that your tennis knowledge will benefit from my interview with Stephen!

My interview with Dan Waldman

TFP 181: The Mindset, Routines, and Training Secrets of an ATP Pro with Nathan Pasha