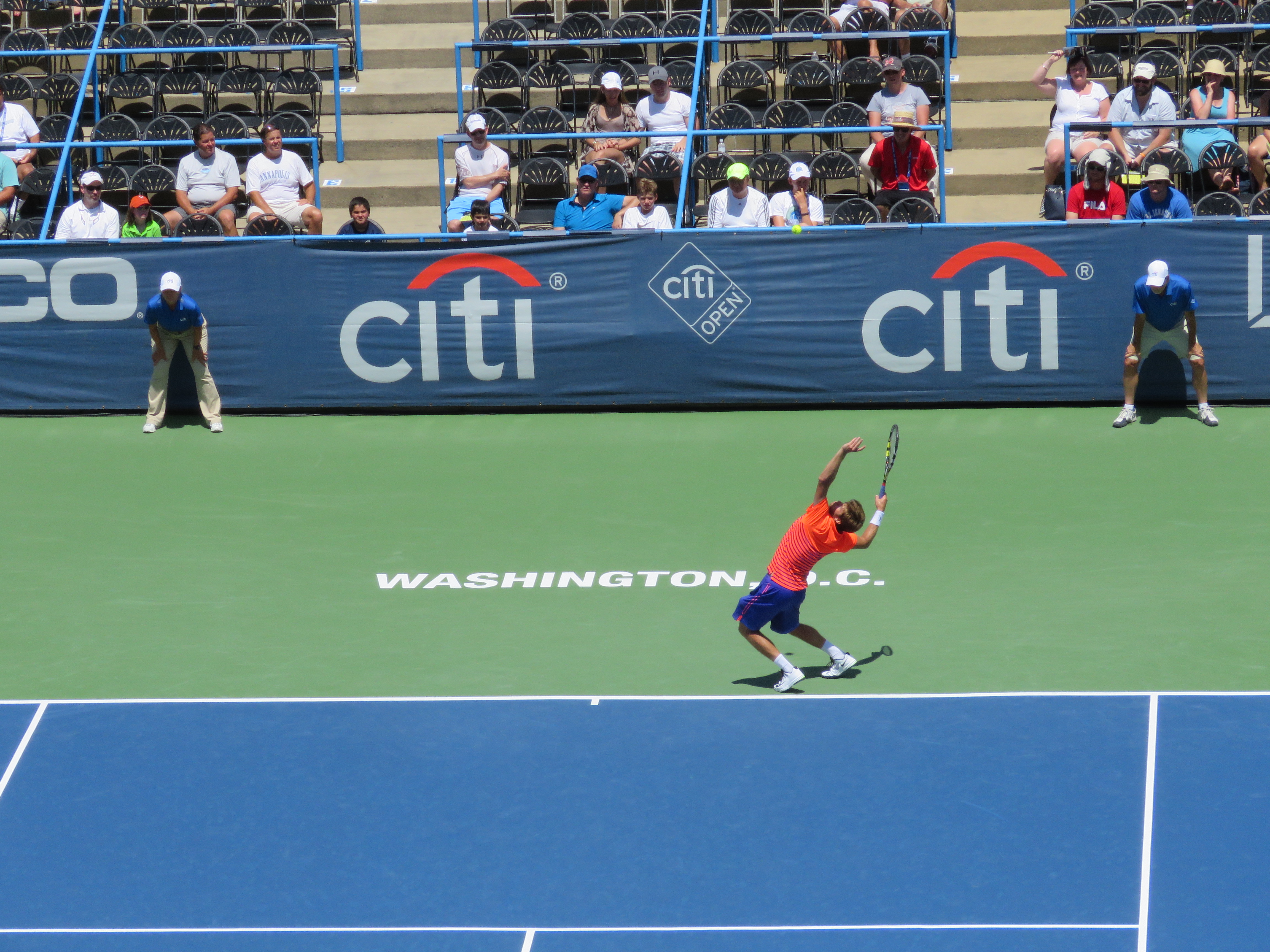 Washington, DC (Tennisfiles) – American Ryan Harrison and Japanese phenom Yoshihito Nishioka were among the six players on the ATP tour who qualified for the main draw of the 2015 Citi Open on Sunday.

Harrison was pushed in the second set but settled down in the tiebreak to defeat Mischa Zverev of Germany 6-3 7-6(3).

The second set featured a back and forth affair, with Zverev twice breaking back to even. At 1-all, Zverev fought back to deuce from 0-40 down with a well-placed approach shot and two serves that were out of the American’s reach.

But Zverev couldn’t complete the comeback. Harrison produced some excellent passing shots and eventually seized the break of serve in the third game to go up 2-1.

Zverev would break back and hold for 5-4. Harrison then mirrored Zverev’s effort to take a 6-5 advantage off an exquisite backhand pass down the line.

Harrison was broken for a second time, but a fast start in the tiebreak propelled him to a 5-1 lead. The former #43 player in the world closed out the match with an unreturnable serve out wide.

Harrison spoke to Tennisfiles after his victory:

Japanese young-gun Yoshihito Nishioka reached the main draw with a strong effort against top seed Ivan Dodig of Croatia. Both players traded breaks in the third and fourth game and battled to 6-all.

Dodig went down 3-0 in the tiebreaker and would only muster two points before Nishioka closed out the set. The Japanese player cruised in the second for a 7-6(2) 6-3 victory and a chance to win up to 500 ATP points and $343,000 this week.

Citi Open will host a press conference with Andy Murray tomorrow afternoon. Tennisfiles will be there to cover Andy’s thoughts on the tournament and ask him questions.

Below are the rest of today’s match results: