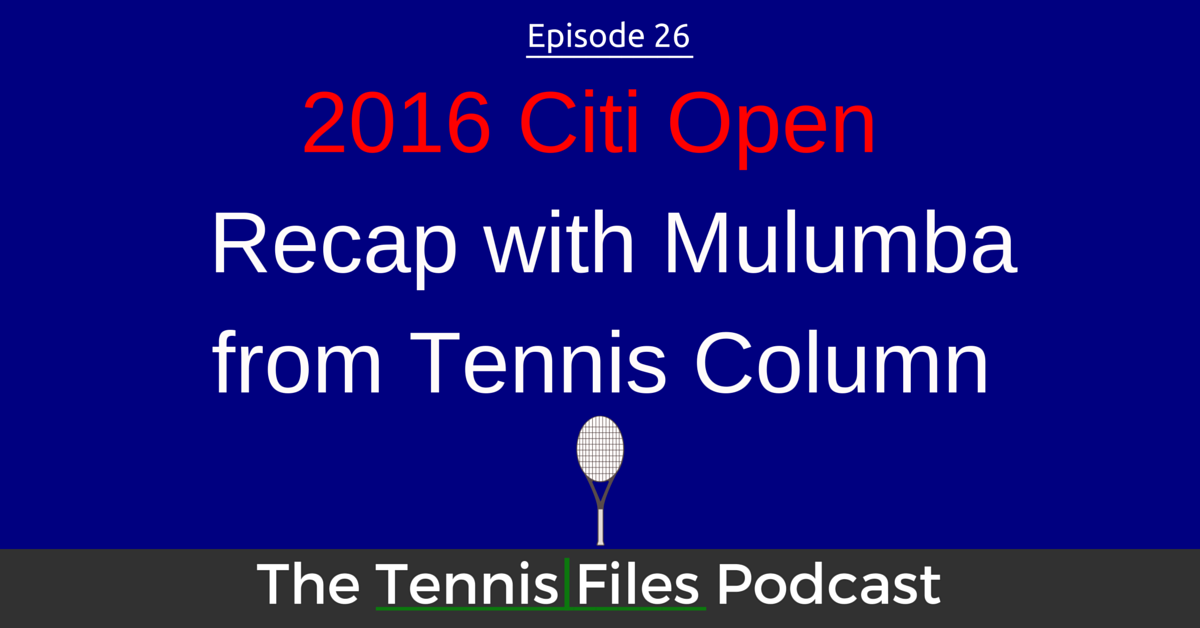 On today’s episode, Mulumba from Tennis Column and I discuss the 2016 Citi Open championship matches and recap our thoughts about the players’ performances.  This year’s tournament brought us a lot of fantastic matches and showcased the talents of many of the best tennis players in the world. We had a blast attending and analyzing the tennis matches this year!

We speak about the epic Monfils-Karlovic match, a very tight men’s doubles final between two elite teams, and some fantastic tennis from Yanina Wickmayer, who took home two titles this weekend! We discuss match strategy, tactics, how the pros can improve their games to take it to the next level, and we even talk about Federer’s big announcement and Nick Kyrgios’s obsession with Pokemon Go (gotta catch ’em all, right?)!

Thanks again to Mulumba from Tennis Column for joining me to recap this year’s Citi Open! He also did a fantastic job analyzing the earlier part of the tournament’s action up until Day 2 of the main draw with me on Episode 25, which I suggest you check out to get caught up on the previous matches. The tournament went too quickly, and was so much fun! Until next year, Citi Open!!

My interviews with the pros at the 2016 Citi Open

TFP 232: Inside the Mind of a 5.0 Tennis Player with Dillon Sykes

TFP 229: How to Choose the Best Tennis Shoes For Your Feet with Foot Doctor Zach Thomas

TFP 225: How to Prevent and Treat Tennis Elbow with Emma Green