TFP 022: Taking Your Game to the Next Level with ATP Pro Junior Ore 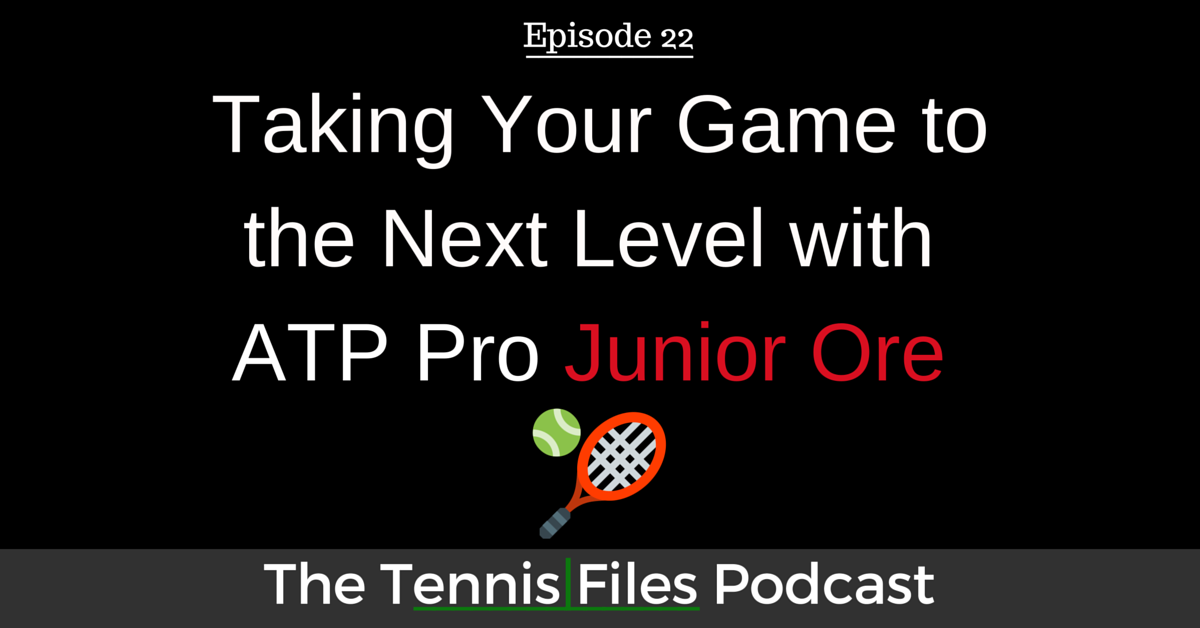 I spoke with ATP Pro Junior Ore on Episode 22 of The Tennis Files Podcast.  I first met Junior at the Aspen Hill Club when he was 7 years old. Everyone at the club knew that he was a very unique talent who loved tennis and could make it to the highest levels of the sport. Fortunately, he has proved us right (thanks, Junior!). Junior has always had an extremely strong passion for the game. Since Junior was 5, his dream was to become a professional tennis player. He set high goals, committed to achieving them, and is now playing and beating pros all around the world.

I had the great pleasure of seeing Junior at the US Open Sectional Qualifying tournament at the Junior Tennis Champions Center a couple weeks ago. I had not seen Junior for over a decade, although I kept track of how he was doing in college and recently on the pro tour. I ended up playing against him, and his serve was the biggest that I’ve ever played against. Even more impressive than his game, though, was how much of a class act he was both on and off the court.

I was thankfully able to win a few games off of Junior, but I was in awe of his game, much like we were at the beginning of his career, when he was a short, thin little boy at our tennis club beating players who were many years older than him. Junior turned pro last September after a very successful career at Texas A&M, and has already picked up several ATP points and a ranking just outside the top 1000 in singles and in the 700s in doubles. He and his grandfather’s dedication to tennis from a young age set the foundation for his rise to the pro tour.

While I’ve had some fantastic interviews so far on The Tennis Files Podcast, my interview with Junior easily ranks up there as one of the best. His story is inspirational, motivating, and enlightening. You will pick up a ton of amazing tips and advice on how you can maximize your game and distinguish yourself from the rest of the pack.

I really appreciate you tuning in to this episode, and I know that your tennis game will benefit from my interview with Junior!

Junior clinching the match against Texas

If you learned something useful from listening to the show, share this episode with a friend using the share buttons above or below this post! Thanks for listening!

TFP 171: How to Transform Your Tennis Strokes with Davor Dekaris