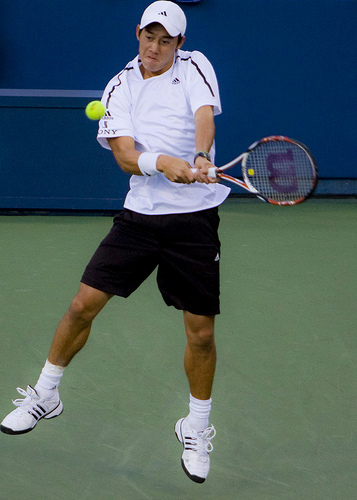 Nishikori withstood Anderson’s booming serves to secure a break at the end of each set. He utilized deft touch, speed, and aggressive baseline play to outgun the tall South African indoors.

The final marks the first time in the tournament that Nishikori did not drop the opening set. The South African only dropped 1 set en route to the championship match.

In defeat, the #2 seed Anderson had a solid week by scoring 4 wins against all his opponents and accumulating 150 ATP points.

TFP 224: How to Improve Your Returns and Develop Winning Strategies with Karue Sell

TFP 223: How to Simplify Your Serve and Develop a Winning Mindset with Karue Sell

TFP 209: 5 Keys to an Explosive Forehand

TFP 204: How to Play Your Best Tennis with Jeff Greenwald