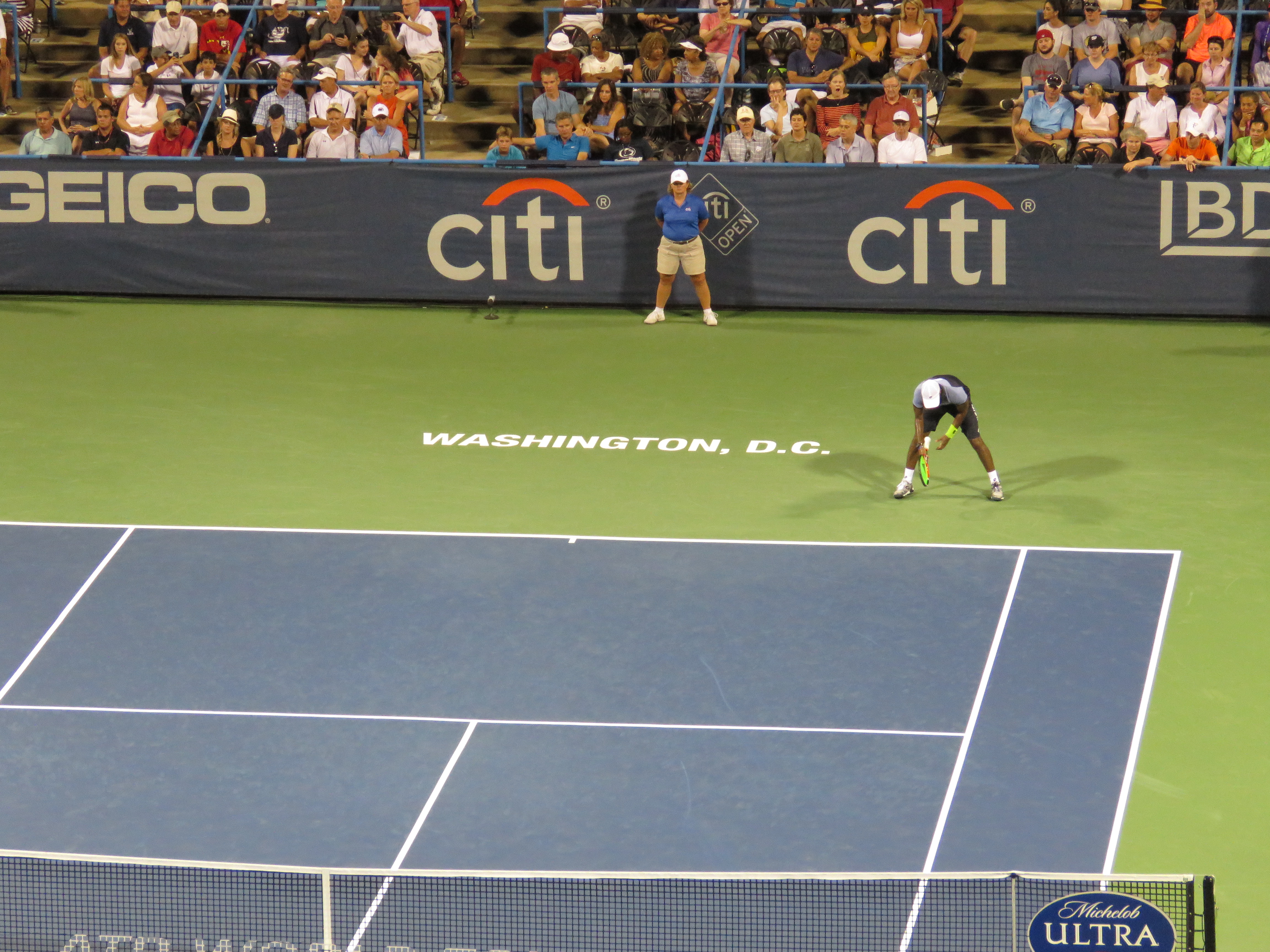 Both players traded breaks early, but Young took another service game from the German to seize the first set. Young was nearly flawless when making his first serve, winning 16 of 18 points.

Haas held a 4-1 advantage in the second set, but did not win another game. Haas handed Young an opportunity to serve out the match when the German veteran struck a forehand approach shot that was confirmed out after a challenge.

Young started the final game of the match with a double fault, but took a brief 30-15 lead off consecutive Haas unforced errors. Haas hit a clean inside out forehand winner to reach 30-all, but Young earned his first match point with a short-angled backhand volley winner off an outstretched passing shot from Haas. The American clinched the victory off a Haas backhand unforced error.

Go Soeda of Japan breezed past Barbadian Darian King in the first round. King battled through two matches in qualifying over the weekend, and could only muster three games in a 6-2 6-1 loss.

Soeda spoke with Mehrban of Tennisfiles after his win:

One of the most entertaining matches of the day featured Canadian-American duo Vasek Pospisil and Jack Sock, 2014 Wimbledon Champions, against Grigor Dimitrov of Bulgaria and American Mardy Fish. Both teams filled the grandstand to capacity, thanks in large part to three tight tiebreak sets.

After taking the first tiebreaker 7-2, Pospisil/Sock served for the match. Fish/Dimitrov responded by breaking back and taking the second set tiebreak 7-5.

At 7-all in the third-set match tiebreak, Fish hit a reflex-mishit drop volley for the crucial mini break. Pospisil hit a beautifully placed serve out wide to even the breaker at 8-all, but double faulted to set up match point for Fish/Dimitrov. The Bulgarian launched a powerful serve down the T that won the match: Sock misjudged the bounce, swung too low, and failed to make contact with the ball.

Kei Nishikori of Japan, the second seed and #5 player in the world, is set to play Tuesday against British player James Duckworth, a 6-1 7-6(4) winner against American qualifier Ryan Harrison.

Be sure to check out tennisfiles.com for match reports every day of the Citi Open. We will also feature exclusive footage and audio of press conferences from the top players this week in Washington, DC.