Why I’ll Always Be A Federer Fan 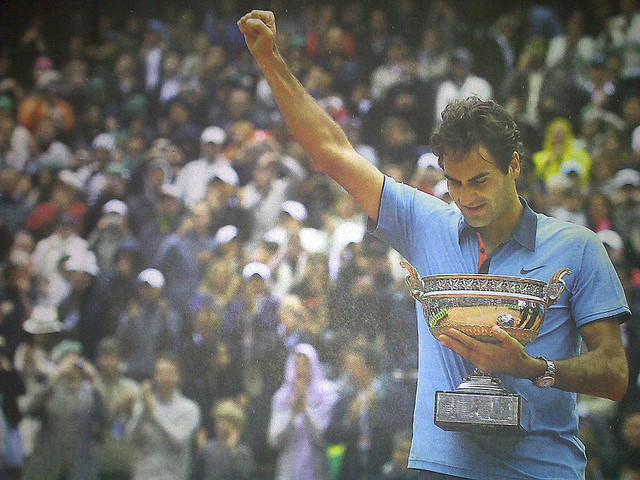 Today Roger Federer was defeated by Novak Djokovic in the Wimbledon final.  But this loss isn’t what defines Roger Federer.

Federer’s tennis aura transcends that of any other tennis player I have ever known. Sure, Djokovic is playing at the peak of his career and is showcasing absolutely amazing tennis. Pistol Pete Sampras had one of the best serves in the game and won Wimbledon as many times as Federer. And previous legends like Bjorn Borg, John McEnroe, and Jimmy Connors provided us with unforgettable memories in the 70s, 80s and early 90s.

But Federer, to me, exudes the ultimate in grace and class. He moves across the court with unparalleled agility, in sharp contrast to the warrior-like Nadal and the pure athleticism of Djokovic.

Federer also preserves remnants of the old school tennis game, with his graceful one hander, use of the slice and chip and charge. And his expert ability to serve and volley with ease, coupled with his exquisite net game and touch, makes him so appealing to the old and new generation alike.

He has been a champion, perhaps the greatest of them all, for a long time. He holds the record for the most Grand Slam titles. No doubt, lifting trophies that represent the pinnacle of our sport 17 times, 7 of those wearing all-whites at the All-England club, showcases him as the classic champion that millions of people around the world look up to as their role model.

I will always root for Federer. In 2014, I dropped to my knees in agony when Djokovic defeated him for the Wimbledon championship in 5 grueling sets.

And today, I was once again left to wonder in disappointment at what could have been an 8th Wimbledon title for the greatest player to play the game. But not for long.

Roger will be back. His longevity and ability to avoid injury year after year gives me great hope.

And when he told the crowd at the championship ceremony that he still loves the game, still enjoys competing in Grand Slam finals, and is motivated by his fantastic Wimbledon performance to be back on top, it gave me an even greater assurance that the man who has impacted the sport I love like no other will put himself back in a position to win big titles again.

Roger Federer inspires me to be great, to handle adversity and defeat with class, to strive for excellence, and to show everyone what you can achieve with diligence, the right mental attitude, and self-belief.

Roger Federer, thank you for inspiring me and your fans around the world with how you conduct yourself on and off the tennis court. I will always be a Federer fan.

And I can’t wait to see you raise a Grand Slam trophy above your head again soon.

I know you will.