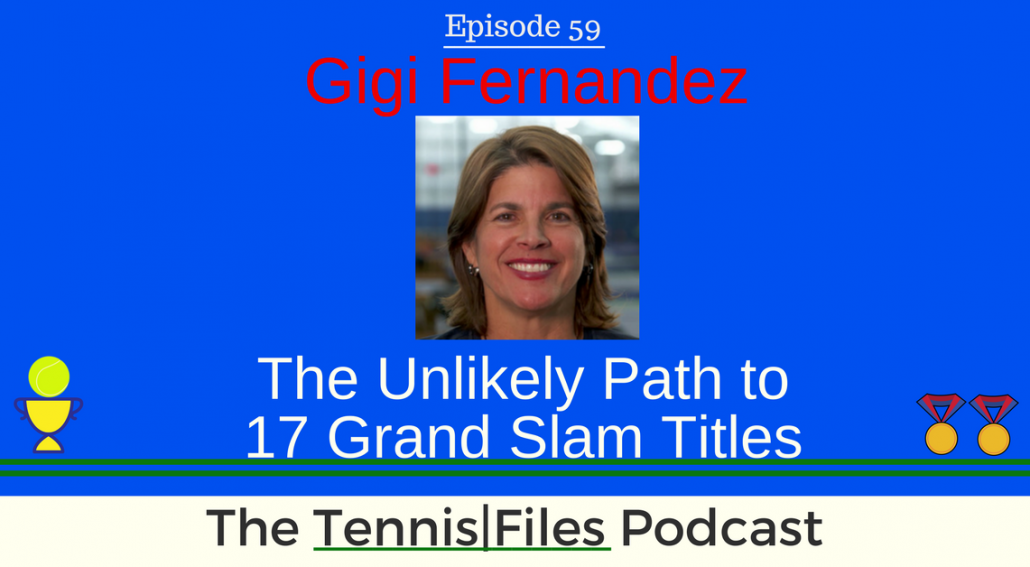 On today’s episode, I spoke with 17-time grand slam champion Gigi Fernandez about her unique path to becoming one of the legends of tennis.  Gigi is widely considered to be one of the best doubles players of all time. She won 2 Australian Opens, 6 French Opens, 4 Wimbledons, and 5 US Opens, 2 Olympic Gold Medals with Mary Joe Fernandez, the 1990 Fed Cup, and is a Hall of Famer.  In 2000, Gigi was named Puerto Rican Athlete of the Century.  The former world #1 doubles and #17 singles player now spends her time coaching adult players how to excel in tennis and developed the Gigi Method of doubles.

We discussed how Gigi overcame a lack of resources as a junior in Puerto Rico, her strategies for playing dominating doubles, her journey to winning 17-grand slam doubles titles, the Olympics, life after tennis, and much more on Episode 59 of the The Tennis Files Podcast!

I hope you enjoy my interview with Gigi, and let us know what you think in the comments below!

Links Mentioned in the Show

If you enjoyed my interview with Gigi, subscribe to The Tennis Files Podcast in iTunes or your favorite podcast app!

For more tips on how to improve your game, download a free copy of my eBook, The Building Blocks of Tennis Success below! Thanks for listening!

TFP 132: Key Strategies and Tactics at the Australian Open with Peter Freeman

TFP 131: How to Unlock Your Mind for Peak Performance with Zoran Stojkovic