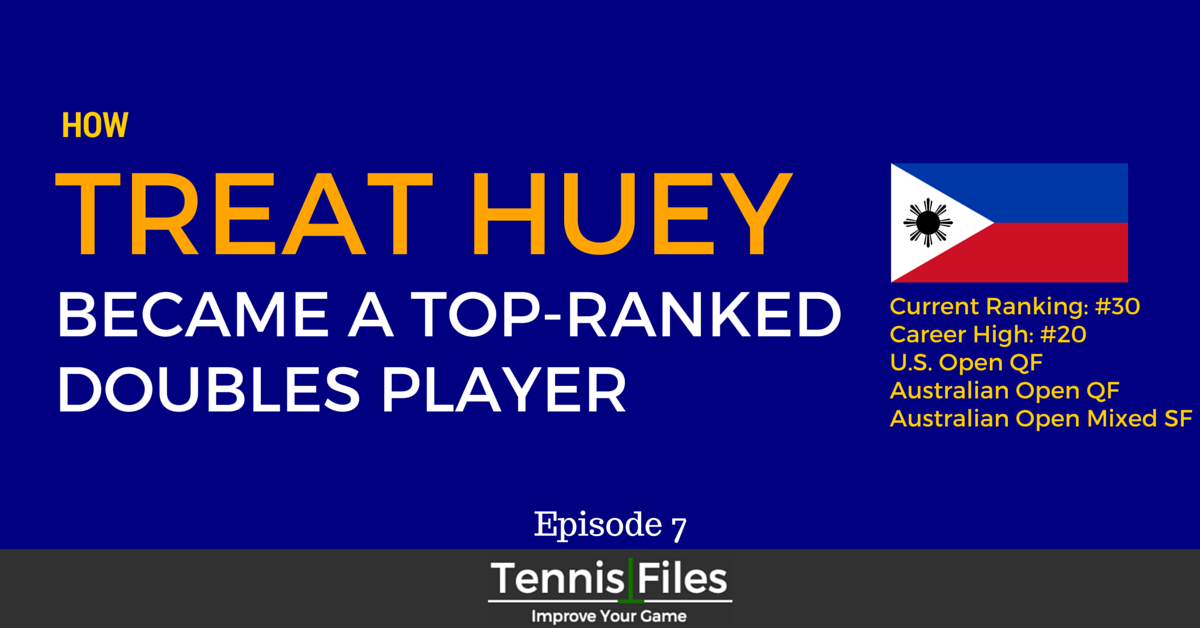 Treat is a friend of mine who I met while playing junior tournaments in the Mid-Atlantic section. He is a talented athlete with a wicked lefty-serve and amazing volleys.  Treat’s passion for tennis and mental fortitude has made him one of the most versatile doubles players in the game today. He has played numerous Davis Cup matches for the Philippines.  Treat was also ranked #4 in college in singles, behind John Isner, University of Virginia teammate Somdev Devvaarman, and Kevin Anderson.

I truly admire Treat’s professionalism, his competitive drive, and his impressive rise to the elite levels of the game. Treat tells us how his love for the game and belief in his abilities helps him be one of the best doubles players in the world.

In this interview, you will learn:

My free eBook: The Building Blocks of Tennis Success

TFP 270: Brad Gilbert — How to Become a Tough Competitor, Reduce Errors and Forget About Your Losses

TFP 268: How to Develop Winning Singles Strategies with John Craig

TFP 267: The Top Practices of the World’s Best Coaches with Emma Doyle

TFP 264: How to Be Relentless and Have a Clutch Mentality with Milan Krnjetin

TFP 261: How to Coach Yourself and Problem Solve Through Adversity with Raheel Manji