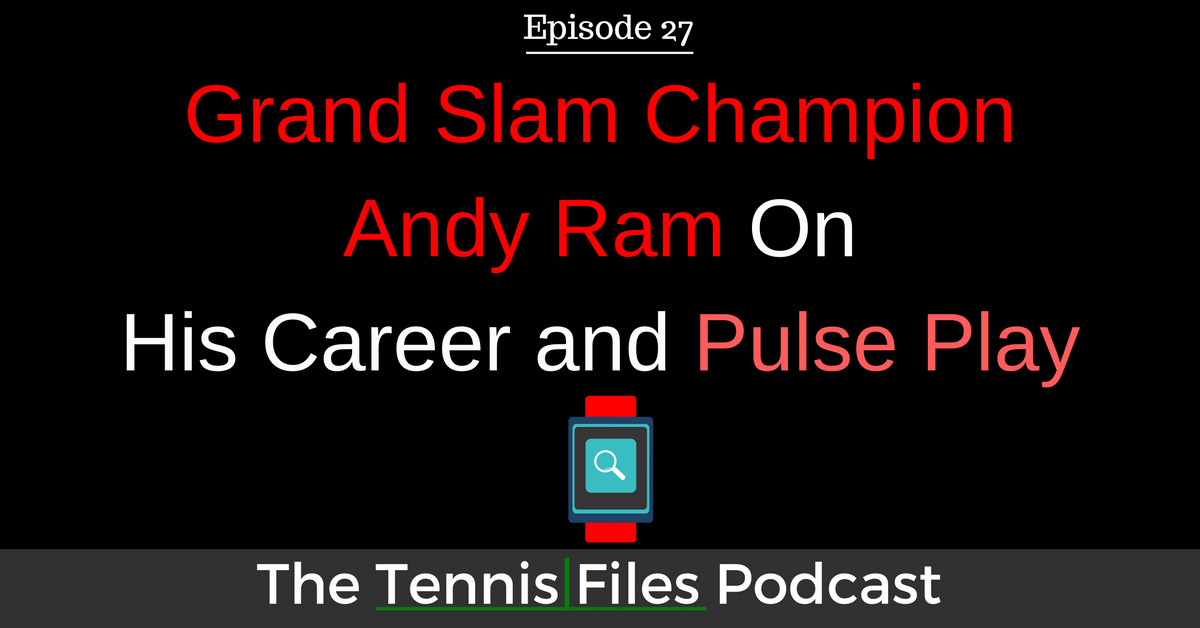 On today’s episode I had the pleasure of speaking with three-time Grand Slam champion Andy Ram. Andy won the 2006 Wimbledon mixed doubles championship, the 2007 mixed doubles French Open title, and the 2008 Australian Open men’s doubles championship. He retired in 2014 after Israel’s Davis Cup match in September, and soon after became an entrepreneur in the tennis world.

Andy is a co-founder and the CEO of Pulse Play, a wearable technology and app for amateur tennis players around the world. Pulse Play has come out with a tennis smart watch that helps players keep score, find other players to play with, and ranks players based on a complex mathematical algorithm. The best part of Pulse Play is that Andy created it knowing what tennis players want in a smartwatch. After all, he made a living playing tennis and knows the game inside and out.

Thanks to Andy for speaking with me on The Tennis Files Podcast! It was very interesting to hear Andy’s insights on how he became a multiple grand slam champion and his exciting involvement with a very innovative and cool-looking tennis smartwatch!

You can also check out the Pulse Play app for free on Apple and Android devices. The Pulse Play watch looks awesome, is very functional, and I will be posting a detailed review of it on Tennis Files within the next few weeks!

And a special shout out to Natalie from Pulse Play for setting up the interview!

Pulse Play – Enter code TENNISFILES to get an exclusive 15% discount off a Pulse Play tennis smartwatch! (Note: this is an affiliate link, so if you purchase a smartwatch after clicking it, I do make a small commission.)

TFP 261: How to Coach Yourself and Problem Solve Through Adversity with Raheel Manji