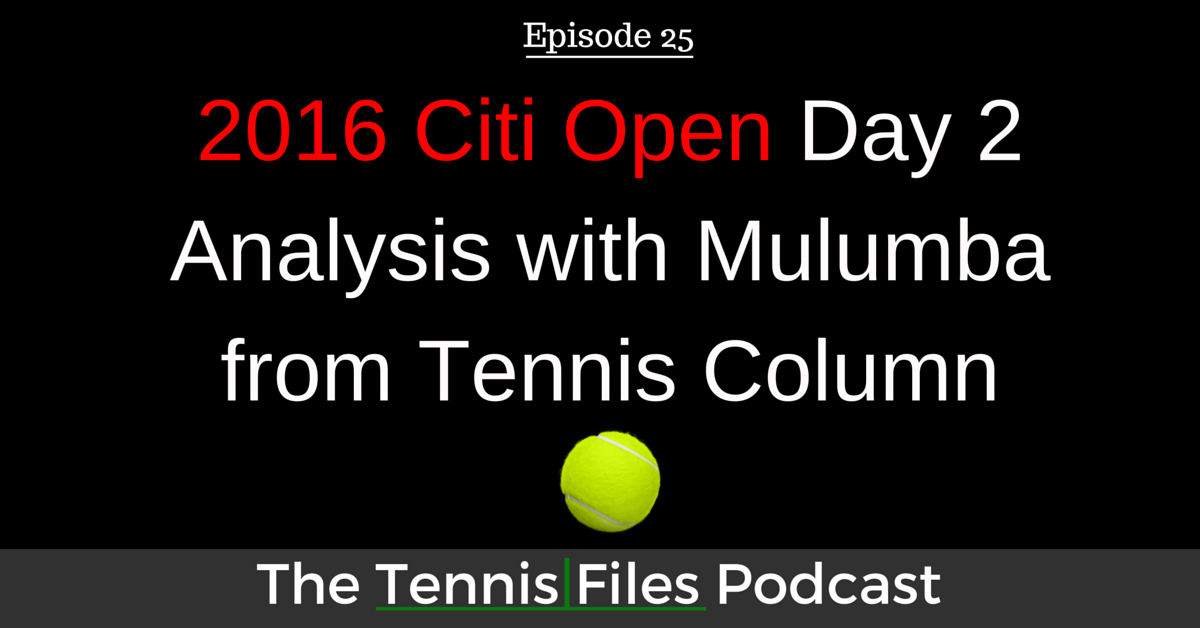 On this episode, I spoke with Mulumba from Tennis Column about the action at the 2016 Citi Open up to the 2nd day of the main draw (Tuesday). I met Mulumba last year in the Citi Open media tent. It was the first time both of us reported on the event, and I was extremely impressed by Mulumba’s knowledge of the players on the ATP and WTA tour. Fast-forward to 2016: I knew Mulumba would be the perfect person to talk to about the matches at the Citi Open.

I asked Mulumba about his thoughts on the performances of several players in the tournament so far.  You’ll hear everything from interesting backstories on players, to technical critiques, and our picks for who will win the Citi Open this year.  I plan on connecting with Mulumba again for another episode during the tournament.

Many thanks to Mulumba, who spoke to me until well past midnight after a long day at the Citi Open!

Return of the Mesomorph

My interviews and Press Conferences at the Citi Open

TFP 171: How to Transform Your Tennis Strokes with Davor Dekaris