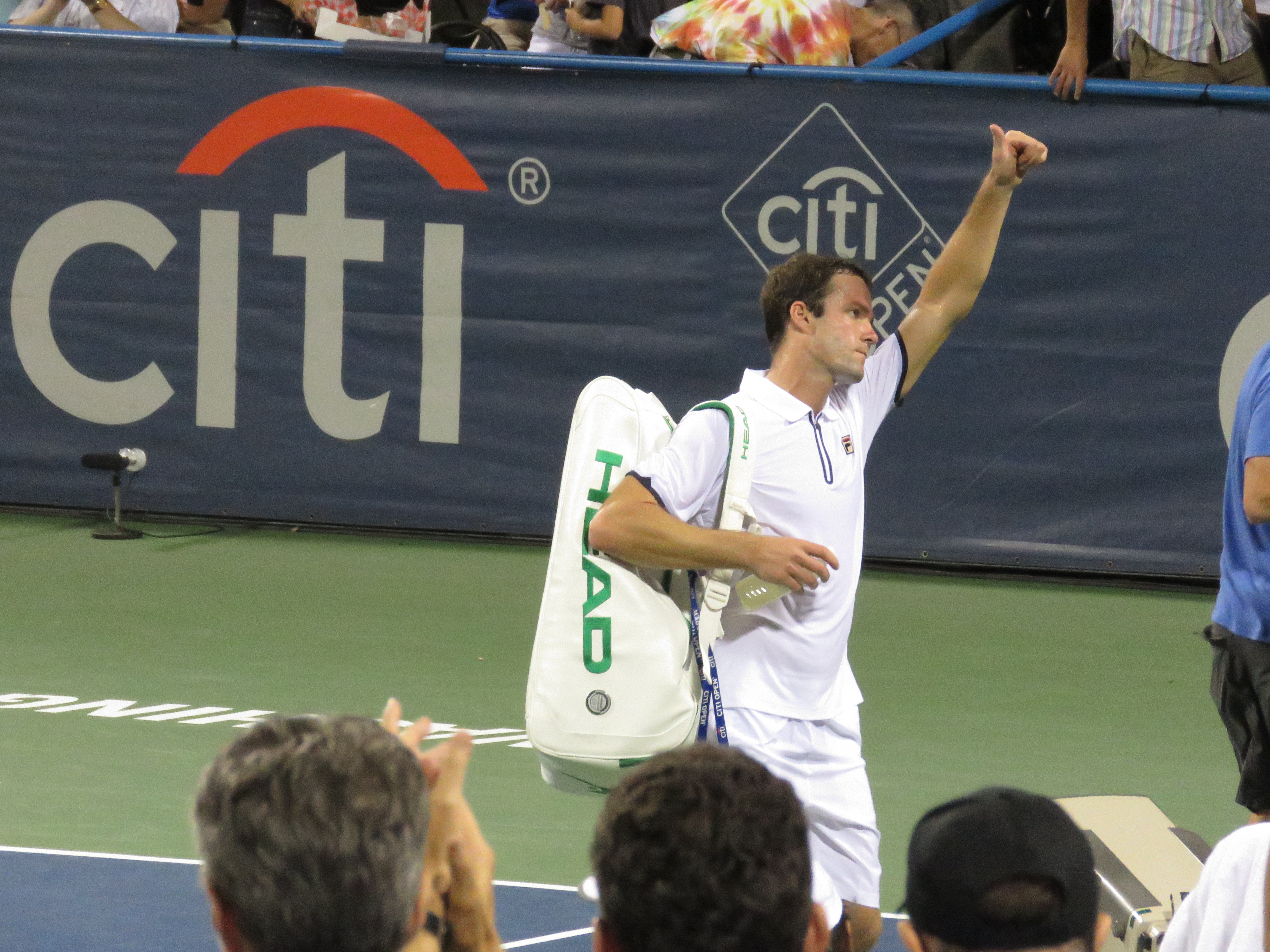 Washington, DC (Tennisfiles) – Top seeded Andy Murray, playing at the Citi Open for the first time in a decade, lost to Teymuraz Gabashvili of Russia 6-4, 4-6, 7-6(4).

Murray started off flat in the first set and struggled to defend against Gabashvili’s pinpoint groundstrokes.  Gabashvili could not sustain his level of play in the second, dropping serve off a missed overhead at the baseline.

Gabashvili called for the trainer at 2-1 in the third set, and he emerged with a wrapped leg.  However he would later say that he requested it to be wrapped for precautionary reasons because his body was tightening up.

The top seed was serving for the match at 5-4 but could not convert. Murray’s groundstrokes uncharacteristically produced a series of unforced errors, allowing the Russian to come back into the match.

The tiebreak saw Gabashvili play without fear and ramp up his aggression. The World Team Tennis  MVP dominated the baselines rallies to notch what he called his most important victory of his career.