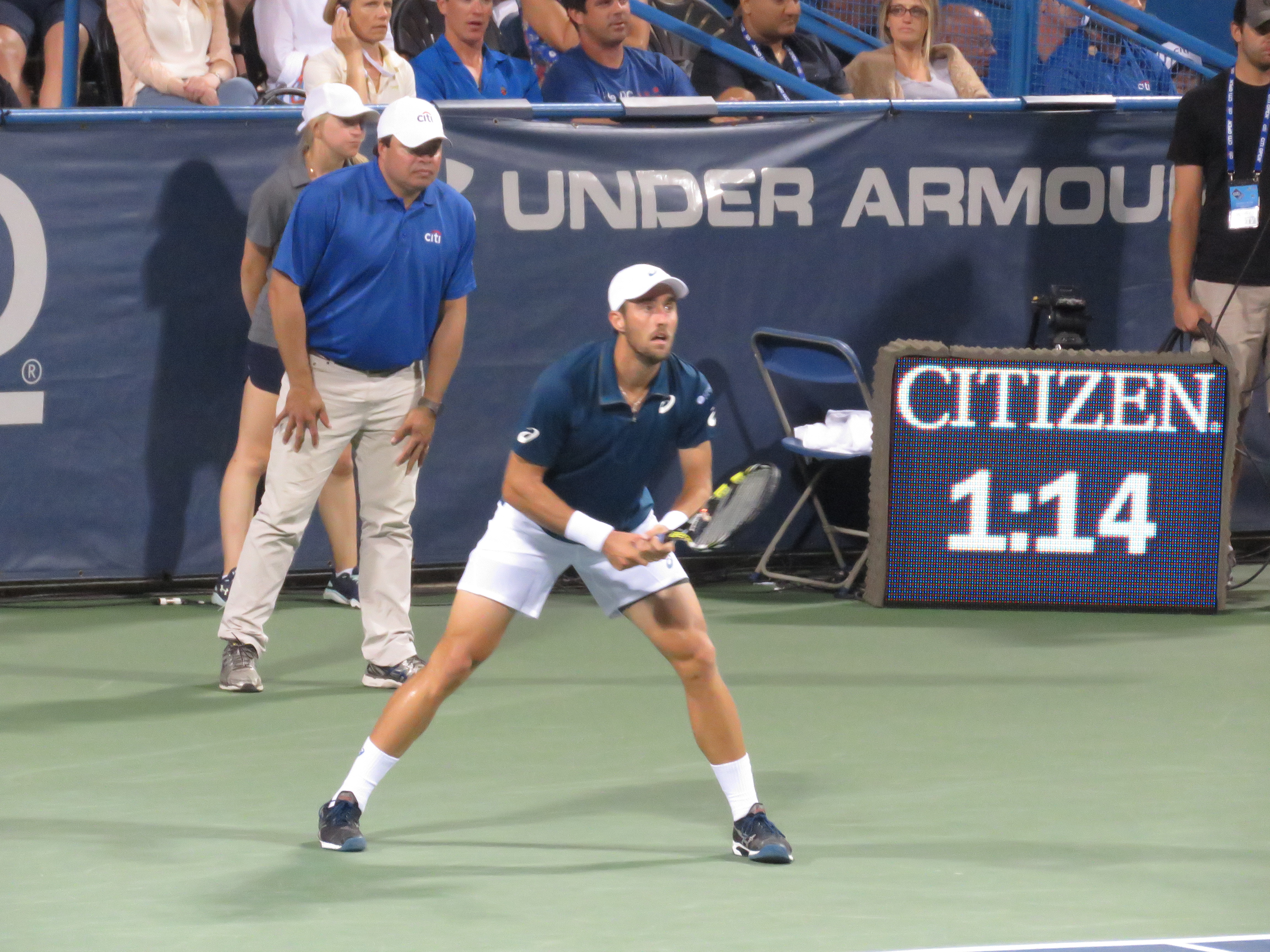 Washington DC (Tennisfiles) – Japanese star Kei Nishikori moved on with another convincing 6-4 6-4 win over hard-serving Sam Groth of Australia. He gave a press conference to the media and discussed his relationship with coach Michael Chang.

Croatian Marin Cilic was also victorious, setting up a rematch of the 2014 US Open final against Nishikori for Saturday. He defeated German talent Alexander Zverev 7-5 7-6(3). The teen mounted a comeback from two breaks down but fell just short in the second set. Cilic gave a press conference about his win below.

American John Isner defeated Ricardas Berankis of Lithuania 6-3 5-7 6-3. Berankis hit a couple clean returns and was able to break the American at 5-6 in the second. However, the Lithuanian quickly faded in the decider.  Consecutive double faults in the third game all but sealed the win for Isner. 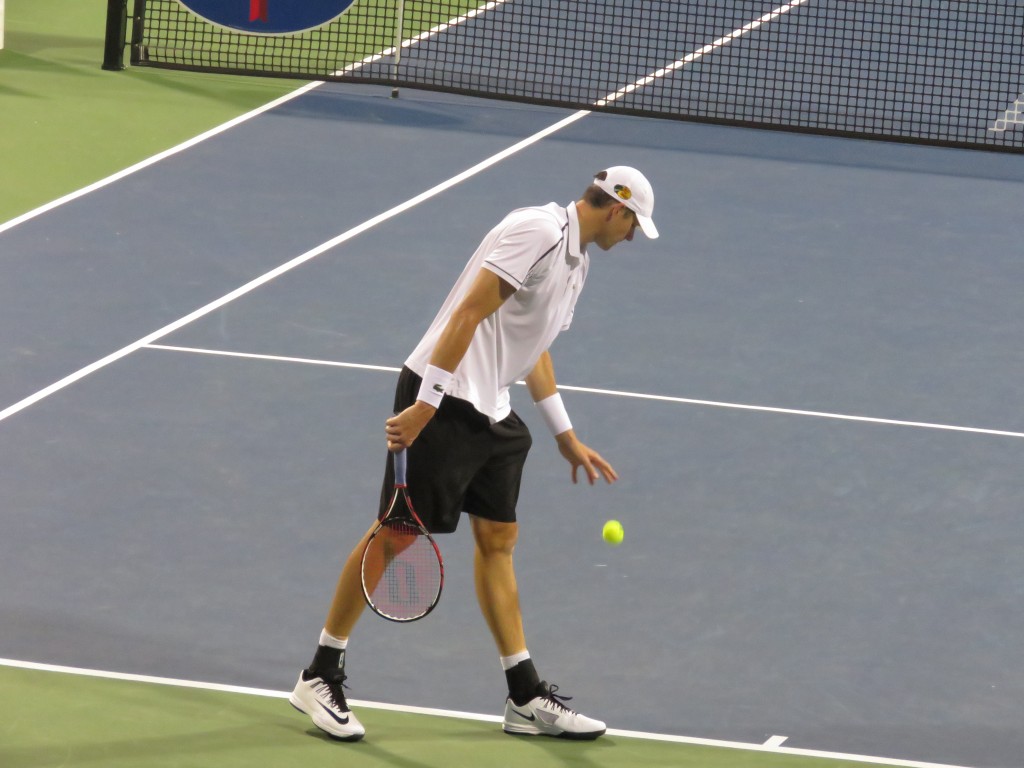 One of the most entertaining matches of the day featured 2015 French Open Champions Marcelo Melo of Brazil and Croatian Ivan Dodig defeat Spaniard Feliciano Lopez and Max Mirnyi of Belarus 6-4 6-7(9) 10-7. 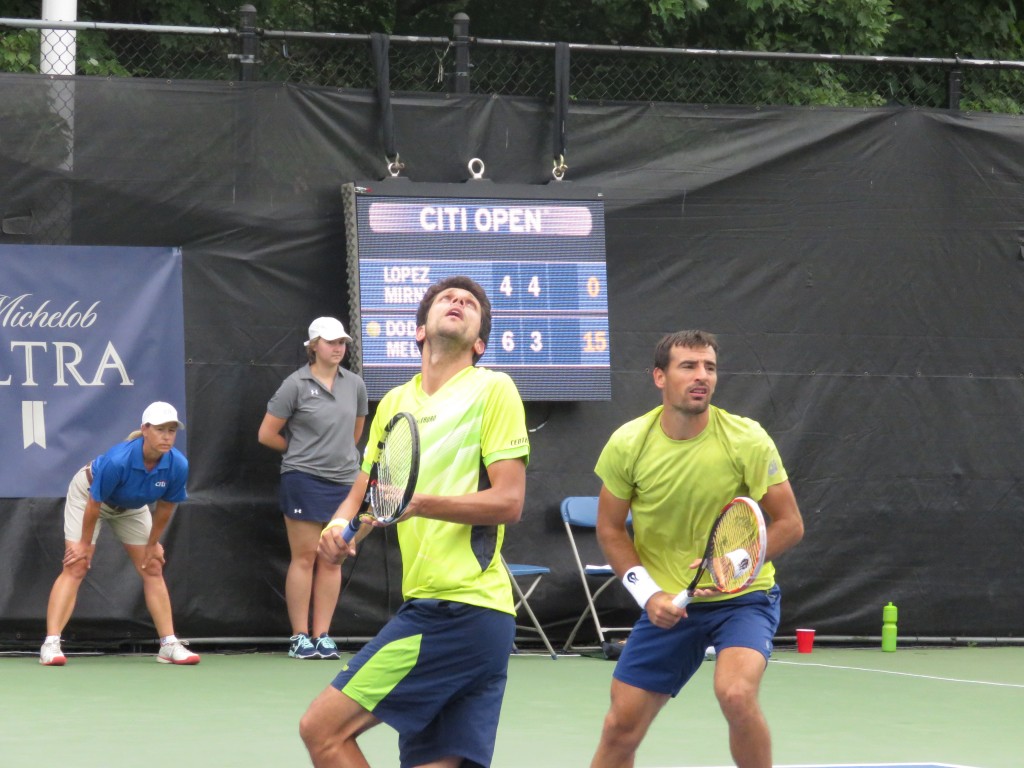 Melo and Dodig spoke with Mehrban from Tennisfiles about their quarterfinal victory, what makes them a great team, and how they have handled adversity.

Bob and Mike Bryan squeaked by Treat Huey of the Philippines and American Scott Lipsky 6-3 3-6 10-6. Lipsky and University of Virginia standout Huey made a valiant effort against the legendary doubles pair, racing to a 5-0 lead in the second. They forced a match tiebreak after a Lipsky hold. The Bryan quickly regained their form, and won the match with superior net presence and well-placed returns in the decider. 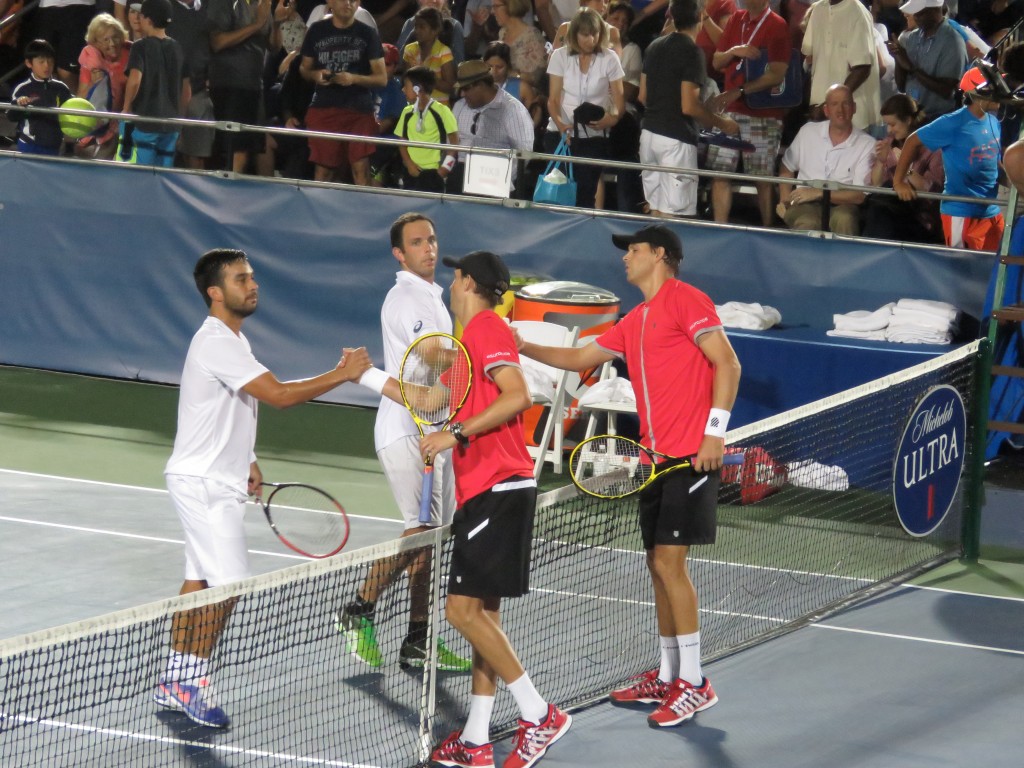