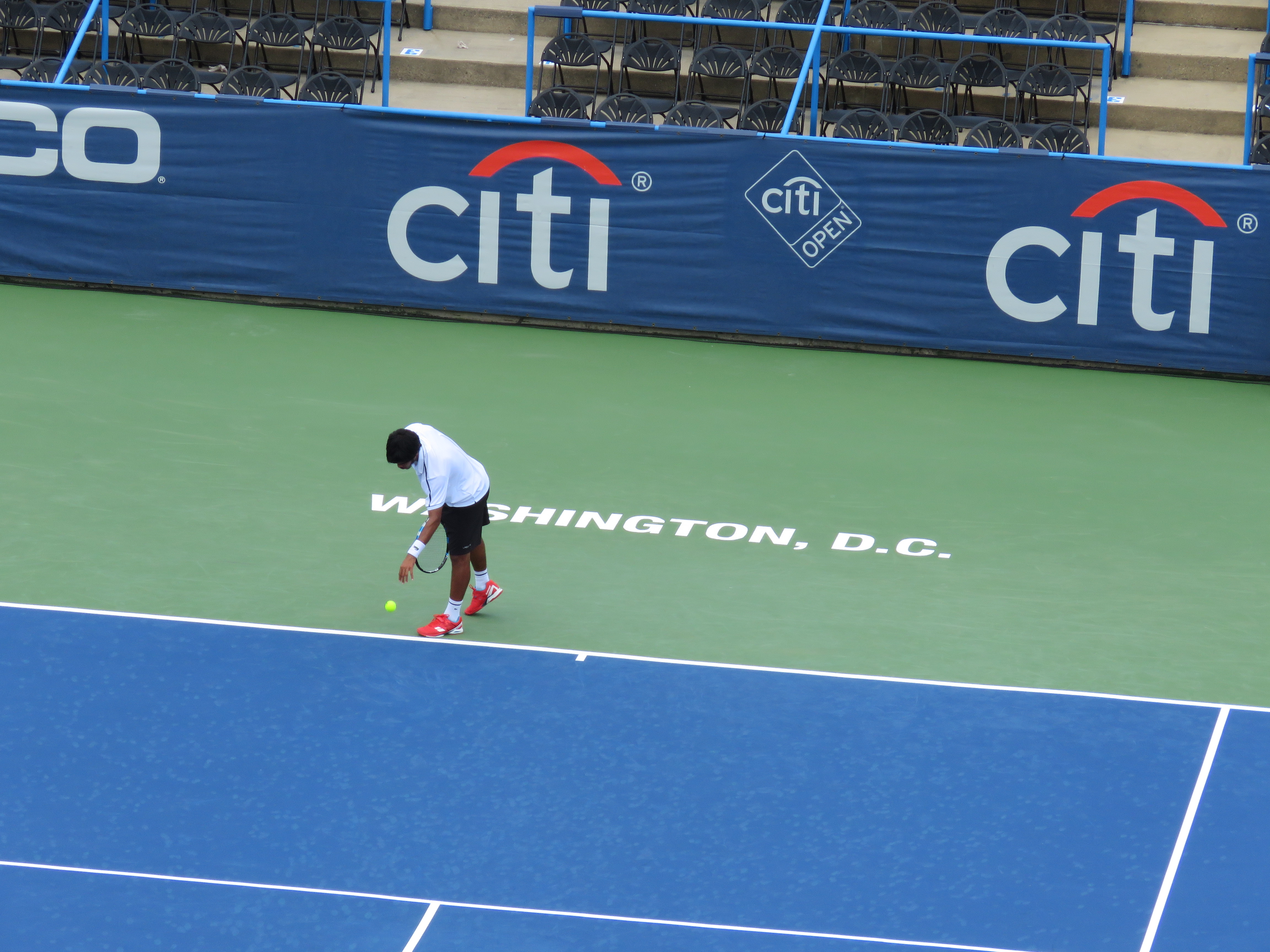 Devvarman had a lackluster and error-filled start to the match, losing the first set 6-2.   Visibly frustrated, he spiked a ball on the ground when he was broken in the first game of the second set.

Despite his troubles, the 147-ranked player from India did not fade.  He pumped himself up with shouts of “come on” in the third game, breaking to get back on serve after loose play from King.

The pair traded service holds, with Devvarman applying more pressure on the return side, pushing King to deuce when the Barbadian was serving at 4-5.

Devvarman leveled the contest on the 12th game of the set when King dumped a backhand into the net on the 14th shot of the rally.

In the first game of the decider, King served down 15-40 but managed to hold. This proved to be the turning point of the match.

In the next game, Devvarman was broken at 30-40 when King hit a solid deep backhand return.  Devvarman backed up and hit the return into the net. King would add another break in the final frame to win the match.

Another UVA standout, Ryan Shane, faced off against 6th-seeded Alejandro Gonzalez of Colombia.

Shane would take the first set 6-3 despite an abysmal 38% first serve percentage. The 21-year old American saved 4/5 break points in the match and twice broke the Colombian. Gonzalez stormed back to take the second set by the same score.  He then broke Shane in the first game of the deciding set and would add another before notching the victory.

Gonzalez spoke with Tennisfiles after his victory:

Rajeev Ram, the top seed in the qualifying draw and recent champion at Newport, pulled out of the tournament due to an abductor strain.  He was replaced by American Sekou Bangoura, who fell short against Takuto Niki of Japan 6-3, 6-7, 7-6 (7).

In one of the last matches of the day, Japanese phenom, 19-year old Yoshihito Nishioka, defeated American Wildcard Robby Ginepri 4-6, 6-3, 6-3.  Nishioka spoke with Tennisfiles after his three-set win.